With Metro on the way, RPAI plans increase in residential for Ashburn’s One Loudoun 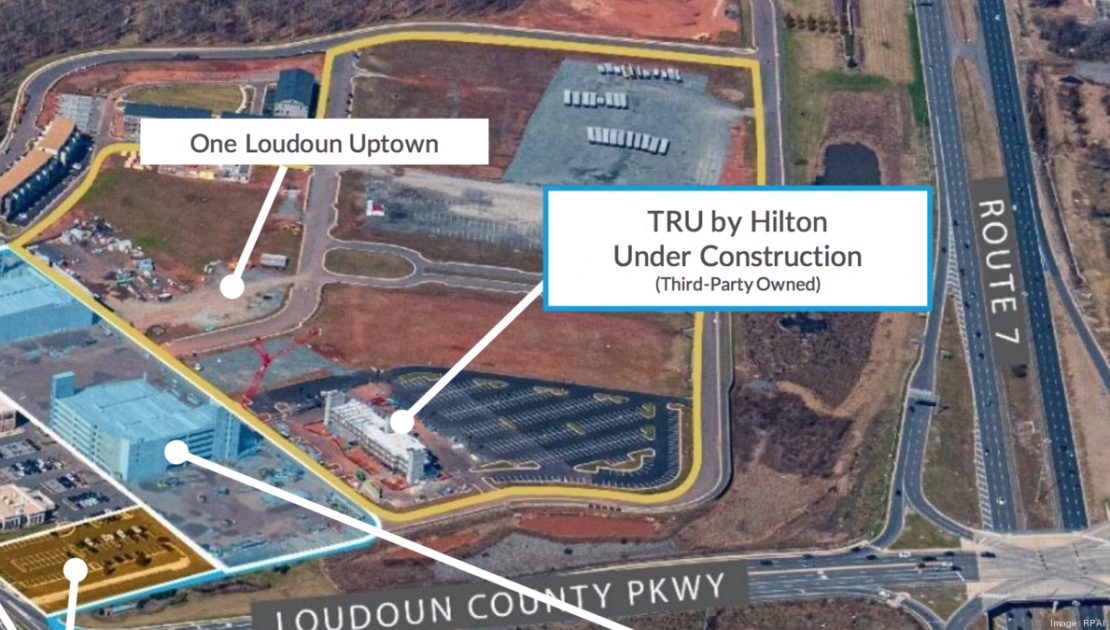 One Loudoun could soon see a significant increase in residential development, as the property’s owner looks to add more apartments to the project in tandem with Metro’s arrival in Ashburn.

The developer that controls the majority of the 360-acre property, Retail Properties of America Inc., is asking Loudoun County for the chance to swap in multifamily uses for office for 76 acres comprising the northernmost section of the development, located closest to the

The Illinois company, commonly known as RPAI, has yet to settle on just how much more residential to ask for, but recent changes to the county’s chief land-use document, the Comprehensive Plan, would allow a substantial increase. The old zoning rules capped the development at about 20% residential uses, while the new document suggests closer to 60% for a soon-to-be Metro-adjacent project like One Loudoun.

“The one thing we’ve always really felt was missing was that multifamily piece,” said Nick Over, the director of RPAI’s eastern development division. “Loudoun wasn’t ready for it when they first built the project, but now Metro is coming and people want to move out there.”

Specifically, Over said RPAI is targeting the section of the development frequently dubbed “One Loudoun Uptown” for the new residential, moving along the central Exchange Street to add more housing just up the road from the project’s retail- focused downtown core.

RPAI told its investors in August there’s roughly 2.8 million square feet of development potential across the 32 acres that make up that portion of One Loudoun. The company purchased that land in late 2018, Over said, after buying the downtown portion of the property from Miller & Smith in 2016.

Colleen Gillis, a land-use attorney at Cooley LLP representing RPAI, said the developer would likely consider some mix of apartments and townhomes on those “uptown” parcels, targeting areas closer to the existing single-family homes for less dense development. But, broadly, she said the goal is to “go vertical” and add a substantial number of new residents to the property to strengthen its retail offerings.

“One thing we’ve repeatedly heard on One Loudoun over the years is that people really want high quality retail uses there,” Gillis said. “This is a vehicle to get them.”

The Comprehensive Plan changes, just passed by county supervisors last year following a grueling revision process, have slowly started to enable this sort of residential shift for developers with massive town center-style projects, like One Loudoun. The plan allows for substantially more residential near the area’s Metro stations and, just across the parkway, the Peterson Cos. is looking to do the same at the Commonwealth Center development.

Much like Peterson, Over said RPAI views the new residential as a way to support the existing commercial uses rather than a replacement for them. He noted the company is already hard at work on two new residential buildings (in partnership with Kettler Inc.) with about 378 units set to deliver sometime next year — and this new residential could serve as an extension of that work.

But Over acknowledged the effect of Covid-19 on new office and retail development has been substantial. He said One Loudoun’s existing office space is already 90% leased, but future construction might not be in the cards for a while.

“We’re still bullish on building incremental office,” Over said, noting that RPAI is putting the finishing touches on a new 33,000-square-foot building at the development right now. “But right now, everyone is rethinking all their office needs.”

That is why Over is so focused on creating an environment that mirrors the vibrant residential and retail mix of, say, Merrifield’s Mosaic District or Bethesda’s Pike & Rose, and eventually tying it all to transit — though when that will happen remains a mystery, considering Metro is warning the Silver Line won’t open until July 2021, at the earliest.

“This project has been a real bright spot for Loudoun County over the last dozen or so years,” Gillis said. “Now, this is taking it to the next level.”