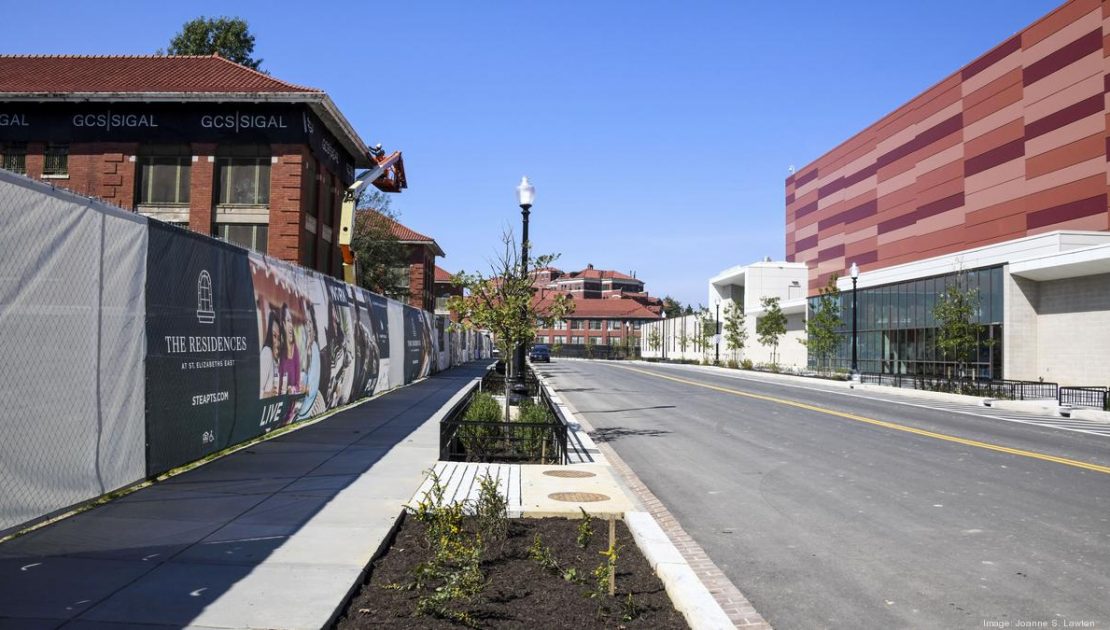 Some new residential development will soon be on the way for the St. Elizabeths East campus, this time courtesy of a team led by Neighborhood Development Co.

D.C. Mayor Muriel Bowser’s Office of the Deputy Mayor for Planning and Economic Development awarded the latest project on the 160-acre Southeast campus Friday, outlining plans for a 421-unit mixed-use building on the site. The new construction is planned for a parcel

just behind the Entertainment and Sports Arena and across a small ravine from the future home of a new hospital on the campus.

GCS-Sigal will serve as the project’s general contractor, while Bonstra/Haresign will provide architecture services and MG Capital will provide financing. Of the 421 units, 126 will be set aside to be affordable for people making between 30% and 50% of the area median income.

The plans also include about 20,800 square feet of retail space, and the development team said it has already identified two potential tenants: HalfSmoke, the rapidly expanding D.C. restaurant chain, and A Wider Circle, a workforce development organization with locations in the District and Silver Spring.

“We want people to be out and walking around, creating a bustling street at the back of the ESA,” Sarosh Olpadwala, DMPED’s director of real estate, said in an interview. “These are the kinds of activations that really changed Chinatown around [Capital One Arena]. We see it as a real node of activity for the campus.”

Slowly but surely, activity has been ramping up at St. E’s. DMPED, Flaherty & Collins Properties and the Anacostia Economic Development Corp. recently delivered the first new apartment construction on the campus. Work on a new parking garage, as well as 88 new townhomes from Redbrick LMD and Gragg Cardona Partners, is also proceeding apace.

Redbrick is also working on a “town square” concept just across the street from the Neighborhood Development site, which is set to include two residential buildings, an office building, a hotel and 50,000 square feet of retail. Olpadwala said the city hopes to close on that project sometime next year, and he envisions it pairing well with Neighborhood’s residential effort.

The goal of both projects will be to create new connectivity to the nearby Congress Heights Metro station. Olpadwala said developers are expected to build new “pedestrian pathways” that will make the whole campus feel a bit more connected to the neighborhoods across Alabama Avenue SE.

The Neighborhood Development team will still need to negotiate with the District to hammer out the final terms of the development deal. Olpadwala noted that all of the construction there should be able to proceed “by right,” with only limited approvals required from D.C. officials, which should accelerate its timeline.

Whitman-Walker Health is also advancing plans for a new medical building on the campus, and DMPED has two other sites it can award for adaptive reuse projects as well.