New student apartment project to get underway in College Park 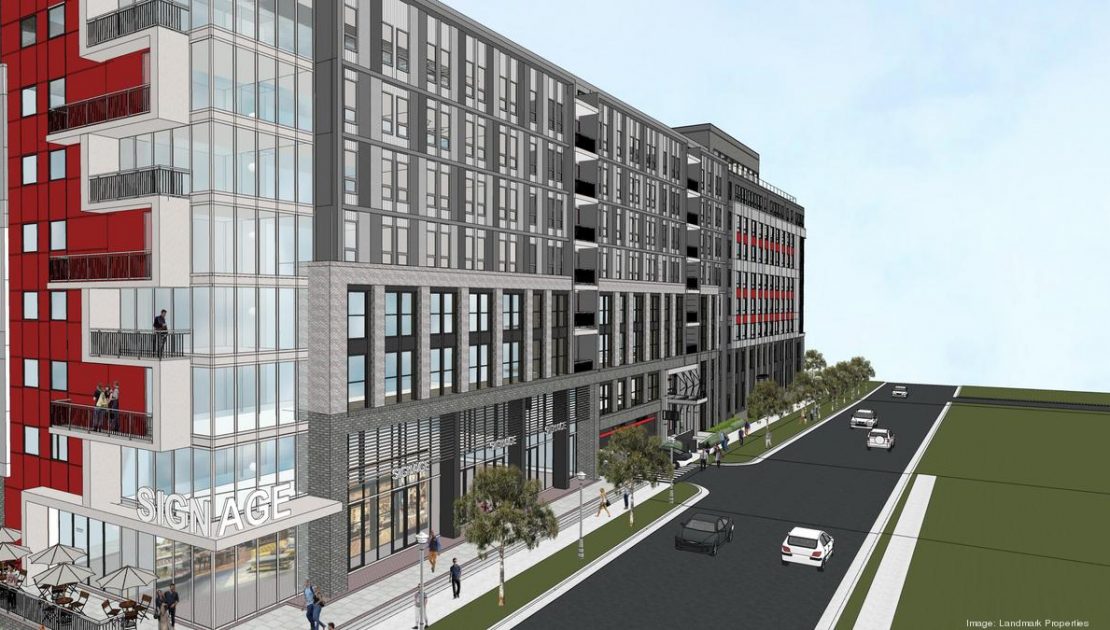 Work on The Standard at College Park is getting underway as the latest private student apartment development is moving forward despite the pandemic.

The development by Landmark Properties will sit at 4321 Hartwick Road near the entrance to the University of Maryland College Park and add 951 beds to the flagship campus. Work is expected to kick off in the spring.

The Standard’s 282 units will range

from studios to five-bedrooms and have luxury finishes like quartz countertops and stainless steel appliances in the kitchen, hardwood-like laminate floors and plenty of closet space, according to Landmark, a Georgia-based company that is one of the largest contractors of student apartments in the U.S.

The Standard is expected to open in fall 2023. Besides the high- gloss living space, the project will have 5,500 square feet of retail space at street level. It is the latest private residential project to jazz up the Baltimore Avenue and College Park scene.

Plans are also moving forward to add a $140 million redevelopment at the nearly 5-acre former Plato’s Diner and Quality Inn site at 7150 Baltimore Ave. under a partnership that includes Greenbelt’s Bozzuto Development Co.

A 343-unit apartment project nearby is in the works by Greystar at Baltimore Avenue and Knox Road with 23,847 square feet of retail space. That development will replace a strip of aged retail that was first built in the 1960s.

Landmark’s The Standard at College Park is one of four student apartment projects by the company that will kick off this fall.

Overall, new student housing starts have declined 50% this year in part because of Covid-19. Some students are stuck in 2020-2021 leases signed before the pandemic despite remote learning mandates by state universities — but Landmark CEO Wes Rogers said he remained optimistic.

“It’s no secret that 2020 has presented unique obstacles, but through those challenges we’ve continued to see strong demand for off-campus student housing, demonstrating the resiliency of our asset class amid an otherwise struggling economy,” Rogers said, in a statement. “With over $2.7 billion under construction, we are busier than we’ve ever been.”