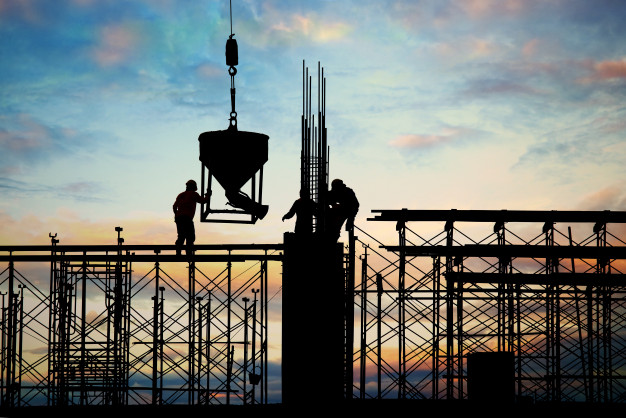 What does Lenny Kravitz have to do with the biggest private construction loan in D.C. history? More than you might think.

The rock star of “Fly Away” and “American Woman” fame might not exactly have been in the trenches negotiating the financing nuances for D.C.’s The Wharf, but his involvement was important, nonetheless. Just ask Tom Ikeler, chief investment officer and principal at Hoffman & Associates.

In the fall of 2018, the D.C. developer was starting to think about how it would achieve a pair of important goals. First, it needed to refinance the debt it took on to build the $1.5 billion first phase of The Wharf, the massive project remaking D.C.’s southwest waterfront. Then, the company had to line up financing for the 1.25 million-square-foot second phase, in tandem with its partners on the project:

So Ikeler and his colleagues started calling representatives of the biggest lenders around to let them know of their plans. Eventually, they managed to gather about 50 executives at a concert at The Anthem, the music venue anchoring one end of The Wharf, to make their pitch.

That’s where Kravitz comes in. He might not have known it, but his Sept. 24, 2018, show helped lay the groundwork for one of D.C.’s largest new construction

projects, backed by the largest private loan in city history at nearly $850 million — more than double the last such loan to hold that status.

“It was a way for all of our lenders to understand the core of phase one,” Ikeler said. “They could feel the success of phase one.”

Putting on that sort of show for lenders just wasn’t possible when The Wharf team was still trying to get the project off the ground more than a decade ago. The Great Recession had investors skittish about any project, especially one that essentially involved creating a new neighborhood from scratch.

This time around, things were just a bit easier. Hoffman and its partners secured an

$800 million loan to refinance its debt from the first phase of construction in June 2019, then immediately followed that up in September with an $847 million loan for phase two from a syndicate led by Goldman Sachs Inc. Before that, nearly $400 million for CityCenterDC was long considered the District’s largest such loan for a development project.

“The whole deal rests 100% on how we overachieved in phase one,” Ikeler said. “Our office buildings were nearly 100% leased, our apartment buildings, our hotels were performing at the top of the marketplace. … As large as that loan was, it was a much easier path than putting our financing together for phase one.”

Ikeler said the process of wrapping up the loan was also a relatively speedy one. The developers started working with Eastdil Secured on the new construction loan just as soon as it wrapped up the refinancing, and lenders came calling quickly.

“Prior to phase one, no one outside of D.C. had this on their radar,” said Loren

Shore, director of real estate investments at PSP. “But all the major lenders knew about this project afterward, and they knew phase two was inevitable. All the lenders wanted to weigh in, so it was a process run at the highest level with the top banks.”

Ikeler said the project attracted so much interest that the developers went through several rounds of narrowing down before settling on a group of four lenders for more advanced negotiations. While he said there was plenty of “back and forth,” ultimately the Goldman-led group – which included Starwood Capital Group, Mack Real Estate Group and Pentagon Federal Credit Union – came through.“

Goldman said, ‘We’re going to make a big move in your direction that we know should work,’” Ikeler said. “We said ‘Bring it on,’ and they did.”

Ikeler admits that siding with Goldman meant turning down some of the banks that supported The Wharf’s first phase. But the terms of Goldman’s offer were so tempting, he said he felt they had no choice but to go in that direction.

Plus, it gave Hoffman the chance to form a new relationship with Goldman — Ikeler said this will be the developer’s first loan with the megabank. The company is a frequent partner with PSP, however, a factor that Shore suspects helped make this deal possible.

Since getting that loan in hand, the development team has been able to turn to the mammoth task of actually building the next phase of The Wharf. The company kicked off construction last spring, racing to deliver space to its preleased office tenants, anchor tenant Williams & Connolly LLP chief among them.

Even the pandemic hasn’t been enough to slow that process. Monty Hoffman, founder and chairman of his eponymous firm, said his company has kept construction moving, particularly with the security of knowing such prominent lenders stand behind the project.

“The fundamentals are the fundamentals,” Hoffman said. “Once Covid-19 is behind us, even if that’s a year from now, we believe the trends we were seeing will continue. Even if they bend in some different directions.”

Deal of the Year: The Wharf Phase II financing

The second phase of the massive waterfront effort is set to bring another 1.25 million square feet of development to the area, perhaps as soon as 2022. Here’s a look at what’s on the way.

96 condos, in the first condominium building designed by Rafael Viñoly Architects in D.C