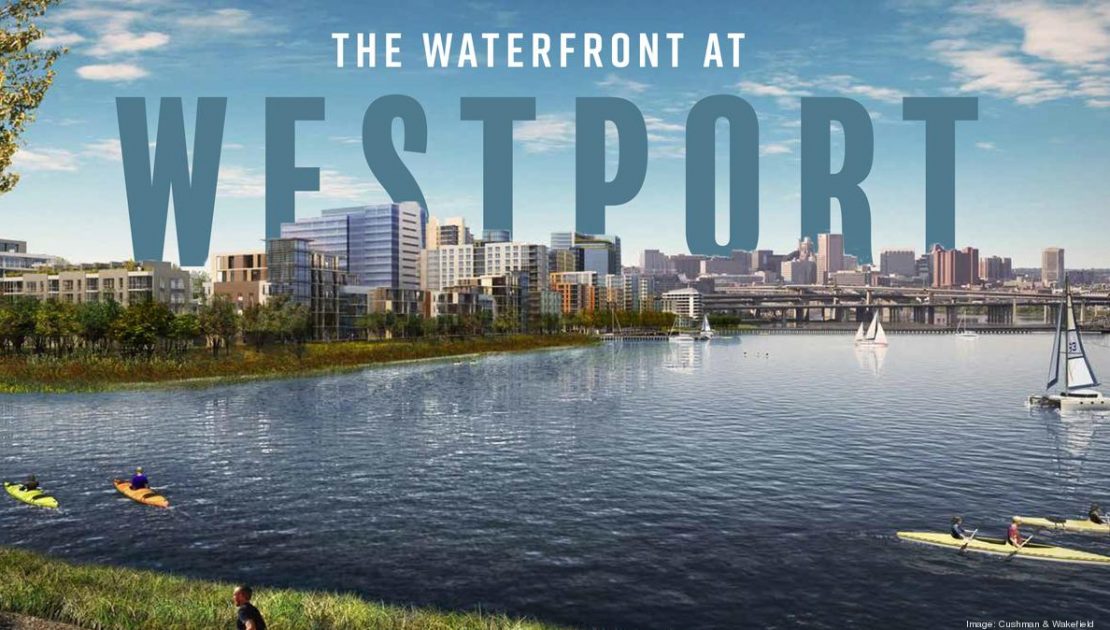 The picturesque property near Port Covington on the Middle Branch hit the market in March and will be redeveloped by Monkton-based Stonewall into a residential hub, a source in the community said Friday.

never made it off the drawing board — despite the Baltimore City Council extending a $160 million tax increment financing deal for one of the plans.

Westport is located in a federal opportunity zone, which made it attractive for new owners and potential investors, a brochure marketing the land said.

The seller was Weller Development, which had received 10 offers on the property over the past several months, the community source said. The sales price has not been disclosed.

Under Armour founder Kevin Plank’s Sagamore Development Co. acquired the Westport site in 2015 as part of Plank’s plans for the $5.5 billion Port Covington project. Since then, Sagamore’s real estate holdings have transferred to Weller

Development, created in 2018 by Marc Weller. It was unclear why Plank moved to unload the Westport site. Weller officials have declined to specify reasons.

R ay Jackson, principal of Stonewall Capital, declined to comment on the Westport land Friday morning. Weller could not immediately be reached for comment.

Plank purchased Westport through a subsidiary, Westport Property Investments LLC, out of foreclosure for $6 million after developer Patrick Turner’s plans for a large, upscale enclave there fizzled. Turner’s plans were enhanced by the $160 million TIF, but that highly touted city deal dried up on the vine when the development failed.

Westport was being marketed by Cushman & Wakefield, which posted an online sales brochure in March seeking expressions of interest from “qualified investors and developers for the sale of the property.” The deal also required a signed confidentiality agreement.

Stonewall Capital won the bidding war for the site and is in the process of scheduling community meetings with residents and neighborhood leaders in the coming month or so. Those meetings will center on the future of the property and its redevelopment, the community source said, because it is viewed by Stonewall as a blank slate.

The developer is also building a $700 million, 650-acre development in the small, rural town of Elkton in Cecil County. The Southfields of Elkton project kicked off in J uly 2019 and is m oving forward despite Covid-19, Jackson said earlier this year.

The brochure had marketed the Westport land as “an irreplaceable asset representing one of the largest, mixed-use waterfront assemblages on the East Coast.”

“The property consists of five contiguous, fully entitled land areas with an approved development capacity of over 5 million square feet,” it said. “This property is an irreplaceable asset representing one of the largest waterfront assemblages on the East Coast, further enhanced by its location in a Federal

Developer Patrick Turner and his son, Eric, had expressed interest in reacquiring Westport earlier this year. Turner defaulted on his loan for the property after he acquired it for $30 million in 2004. His plans for the redevelopment of the site near Cherry Hill and Mt. Winans included a luxury, mixed-use project with waterfront amenities and park space.

Eric Turner said in March that Turner Development was interested in bidding to re- acquire Westport.

“We know that property very well and spent many years working on it,” Turner said in an interview with the Baltimore Business Journal. “We would definitely take a hard look at it. It’s a beautiful piece of property and location and neighborhood. We would like to throw our hat back into it. We spent four or five years on that project and did a lot of master planning. I think we’d be a great fit for it and would like to see it finished.”